Why do I need an Architect? Part 1

So, someone just urged you not to hire an architect. Why is that?

If you’re a property owner, maybe it was a contractor. Or if you’re a builder, your customer may have asked you to build without “wasting time or money on drawings” — he just wanted to “tell” you what to build without an architect. How would you do that?

Some cities don’t review plans before issuing building permits. This leaves the owner, the contractor, and the public exposed to those who fail to adhere even to the lowest standards of construction. Why would a contractor try to persuade you not to hire an architect? And why would an owner not want a GC to work from a clear set of plans? In the combined 75+ years of experience of our partners, we’ve seen this pattern many times, and it’s a red flag!

Both owners and builders involved in projects, especially smaller ones, often ask, “Why do I need an architect?”

Southeast Studios, Inc., works with and for many excellent general contractors. I know this won’t offend the majority of those who do a great job. We’re happy to refer and give them good recommendations — and happily we earn theirs, along with our many other clients’ good will.

A few contractors try to discourage project owners from using a thorough set of contract drawings. Really? What kind of contractor ignores his contract? After all, these drawings and specs are the contract between Owner and General Contractor and protect both parties’ interests.

Inexperienced owners may believe that an architect just “gets in the way” of the actual construction. They try to rush the process and often find their match in a builder who does not take time to plan, either. These projects usually have an extra phase, called the “litigation phase”.

Architects’ services seem like a big ticket item, so it’s tempting to go along with those (from both sides) who claim they “don’t need blueprints” — until you’re amid a giant change order with no backup. Penny wise and pound foolish!

Even a minimal set of documents prepared by your architect gives you a basic contract to get your building built right. There are many more reasons than just a good set of contract documents, but you should hire an architect at least for that. A decent design and set of construction documents is essential and saves money for both owner and builder. Your savings are likely greater than the fees paid to your architect. 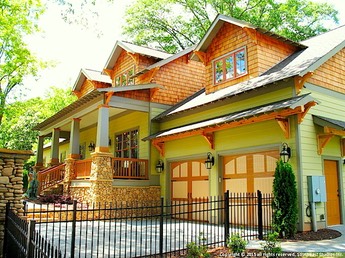 Good GC’s want an architect to do a decent set of plans, but mediocre ones hate the very thought. Good builders often walk away from projects that don’t have good construction documents. As an owner, do you want to see the best contractors refuse your project?

Of course, the best set of construction documents in the world won’t fully protect you from a real crook, but it helps!

Our documents’ clarity recently helped a client win a legal case against a truly awful builder who had sued him after being fired for failure to perform; then the owner won a $10,000 judgment against the bad builder for damages. His building was finished by an excellent builder. Yes, anyone would rather avoid such unpleasantness, but at least good “blueprints” can avoid a more major loss.